Legislation Canadian organic market is very different from the Ukrainian and European. Canada has its own national organic standards. Today the industry is governed by the Regulations on organic products in Canada (Canada Organic Regulations), which were adopted in 2009.

Organic food world market is growing at 20% per year since the early 1990s and is projected to many Western experts humanity is on the verge of a real boom in organic products, whose production in the coming decades will begin to grow rapidly – about 50% per year.

It should be noted that organic products are now in demand in almost every corner of the world. That is what opens up a market opportunity for Ukrainian producers. 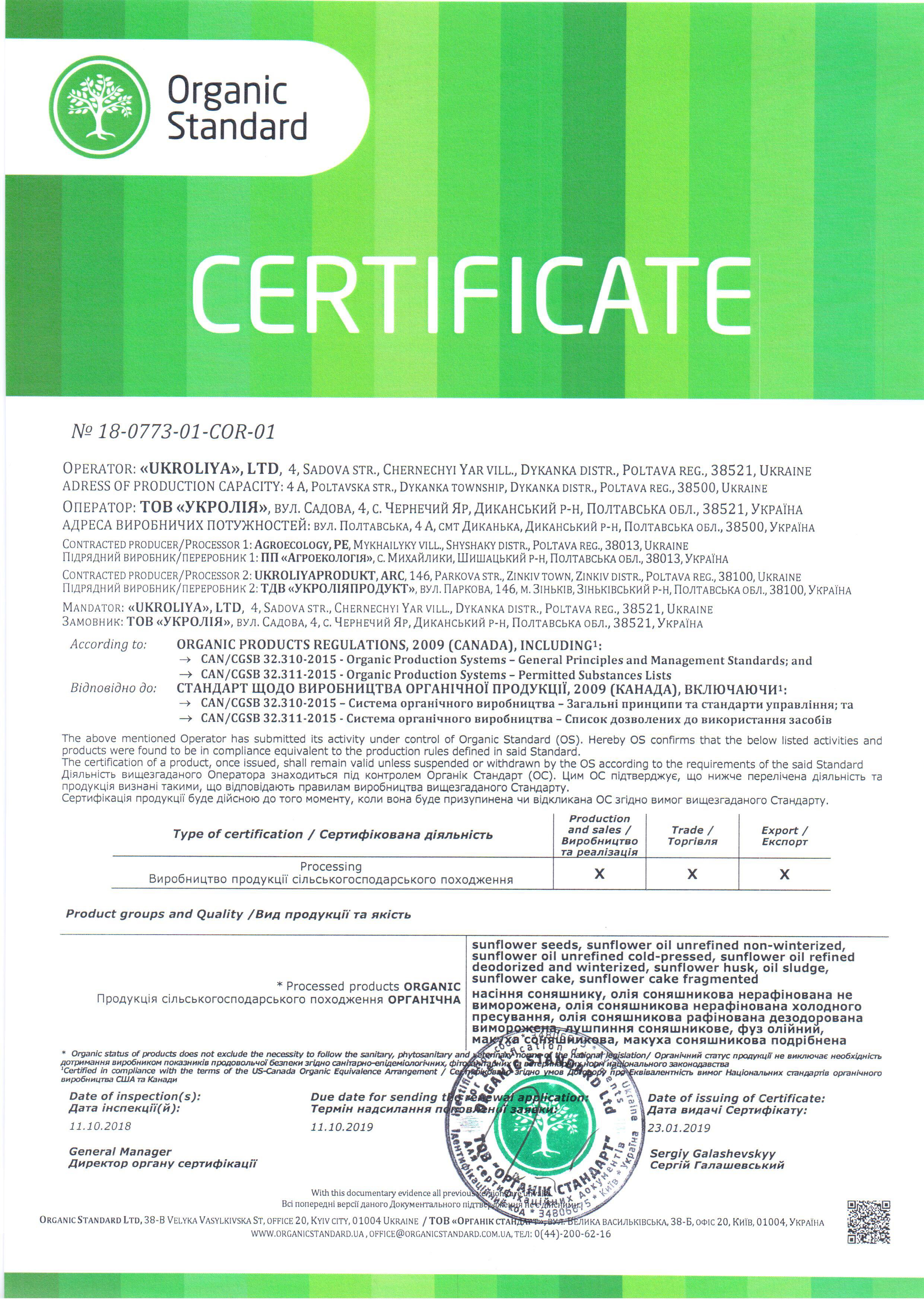